Julia Hartz, Co-Founder and CEO ventbrite is in the unique club that nobody wants to be in,” says CEO and co-founder Julia Hartz. “Which is the first affected and one of the most directly affected businesses of the COVID-19 era.”

Julia, who co-founded the company with her husband Kevin Hartz and Renaud Visage, recently discussed moving forward when your core business isn’t just threatened, but wiped out completely. “You never as a founder — at least I never — ever wondered what would happen if the whole basis of our mission was tested,” she says. The events world was one of the first industries to feel the pandemic’s impacts and will likely be among the last to be restored. For Eventbrite, which was built on a core business of in-person

events and event ticketing, it meant making swift decisions to stay afloat. External data show some bright spots. According to an operational update from Eventbrite, paid ticket volume on its platform increased 33percent in May compared to April 2020.Hartz offered founders at all levels advice on how to work on culture during a crisis and offered tips on communication and transparency.

The heart and the strength that Hartz and her team at Eventbrite showed during the recent pandemic can truly be tracked down to the company’s beginnings.

From a windowless phone closet in a warehouse in Potrero Hill in San Francisco, Eventbrite was started in 2006 by three co-founders. They bootstrapped the company for the first two years and didn't even think of hiring until their 4th year. Since then, there has been no looking back. Eventbrite now boasts 575 “britelings” - as Eventbrite employees are called - across 10 offices around the world. The key lesson learned over the past 10 years? “Ticketing is a people-intensive business to get it right on a global scale.”

Hartz and her co-founders envisioned to democratize ticketing when they started Eventbrite 10 years ago. “Not having a platform that was easily accessible or self-service to sell tickets to events meant that nobody was catering to the mid-market opportunity,” states Julia. Back in 2006, the ticketing industry did not always bring a warm fuzzy feeling to consumers. High fees, bad experiences when trying to get a ticket, and overall lack of innovation meant that ticketing was ripe for disruption.

With the right technology and platform in place, Eventbrite has successfully created a better experience for both ticket sellers and buyers. Today, the company has gone beyond the life-cycle of ticketing. Julia informs, “Our platform and products play a much larger role for events, like discovery, entry management, venue management.” By early 2009, Eventbrite had been turned down by practically every venture capital firm in Silicon Valley. The economic downturn had taken its toll, and Co-founders Julia and Kevin Hartz and Renaud Visage had a choice. They could give up, or they could continue to bootstrap and grind as the only three employees — like they already had for the previous Ultimately, they chose to stick it out. And while things have turned around, and the company has seen explosive growth, the founding team came out the other side with a battle-tested commitment to efficiency, a healthy sense of paranoia, and a plan to turn their competitive advantages into sustainable advantages.
Designing an Organism

The chief metaphor Julia and Kevin use to describe building a company is designing an organism. This has defined their approach to growing and nurturing ticketing startupEventbrite. If you look at it this way, they say, you’re much more likely to create something that can adapt to shifting environments and survive without micromanagement. Like any organism, a startup will die if it can’t properly identify and leverage nutrients. At the beginning, there was nothing. No team. No product. No revenue. Eventbrite had to figure out a way to get its flywheel turning from zero, and it all started with customers. Diving right in, Julia took charge of marketing, customer service and finance, while Kevin managed product development end-to-end. Together, they created an extremely tight feedback loop that empowered customers to rapidly influence the service. And when it came to finding these customers, they turned first to their own backyard.

“Our early adopter group included tech bloggers and all these people gathering around meetups and conferences and talks, but we knew that anyone could apply these tools, so there was all this horizontal opportunity,” says Julia. “Our strategy depended on staying close to these customers and really building those relationships from the beginning. I was literally answering customer service emails from the delivery room when we had our first child. They had to take the computer away from me.”

“If customer feedback is your high-protein most nutritious resource, capital is like sugar,” says Kevin. “It gives you a burst of energy, but you can’t survive on it on your own over years.”

At his prior startup, payment transfer company Xoom, Kevin says that fraud attacks and unforeseen problems meant they were always on their heels when raising much-needed capital. He knew that his second act, Eventbrite, would need to be so capital efficient that they could lean forward and go after funding when they needed it. “There’s that adage that capital is always there when you don’t need it, and when you desperately need it it’s not available. So we built ourselves into a position where we didn’t need it.” This happened to coincide with the collapse of the market, and all those no’s they got from investors. It was deflating but not fatal. By weathering the storm and showing growth during tough times, Eventbrite was able to land $6.5 million by the end of 2009.“Today, our team of 450 Britelings across eight worldwide offices are stretching themselves to imagine a future where we are the de facto place that you come to find live experiences. We have to become a consumer habit to really achieve this idea of the marketplace and nail liquidity,” informs Julia.

Our platform and products play a much larger role for events, like discovery, entry management, venue management

The Focus on Employees

In just the last couple years, the company has had to sprint to adapt to mobile-first users as well, especially given the global focus. To make this happen, the company dedicated a huge chunk of time and resources to get everything right from the start when it came to responsive web design and quality native apps. There was no scrimping in this arena, with everyone realizing how valuable mobile would be going forward. “Differentiating yourself from the rest of the market is a competitive sustainable advantage,” says Kevin, relaying the following example.

Because Eventbrite moves so much money around the world in small amounts, it could have been a real honey pot for hackers and fraud scams, he says, but they were able to catch this early and use it to develop a secret weapon. “We built a fraud detection and deterrence team of engineers and operations that we consider very proprietary,” he says. “When we see new competitors entering the space or trying to gain any kind of scale, fraud really acts as an air cushion. We’ve effectively deterred fraudsters from our site so they swarm over to competitive sites. We were able to create a silver bullet to stop the bad guys but not stop our self-service customers.” But differentiation shouldn’t be relegated to product. One of Eventbrite’s core differentiators is its focus on employees: Finding the right ones first, and then immersing them in a culture that both supports them and pushes them to achieve.

Julia has spent years architecting Eventbrite’s culture to make this possible. To start, she borrowed from a branding exercise they were running to see what adjectives their customers used to describe the service. “They came back with words like accessible, genuine, empowering, innovative,” she says. “When I looked at that list, I realized it actually described the team and how cool that was that the two were intrinsically linked.”

Now as Eventbrite brings people on, they have guiding attributes. “The people should reflect the product and vice versa. Instead of reinventing the wheel and trying to come up with core values or a mission statement, our culture became defined by these tenets, and we used that list to start hiring,” Julia says. When the company first hired employees beyond the founders, she knew that a sustainable culture would not be defined by one person or a group of people. It would be defined, cumulatively, by everyone at the company.

It's also major source of employee happiness and satisfaction. Their focus on this component got Eventbrite named one of the best places to work in the San Francisco Bay Area four years running. “Our culture is manifested by every single Briteling, so if we make hiring mistakes, we see it in our culture,” informs Julia. “And I want that to happen. I want that mirror It’s a work in progress, and I never want it to be over.”
- Debra Morgan
May 10, 2021 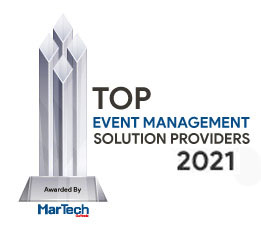 Description
Eventbrite is a global self-service ticketing platform for live experiences that allows anyone to create, share, find and attend events that fuel their passions and enrich their lives. From music festivals, marathons, conferences, community rallies, and fundraisers, to gaming competitions and air guitar contests. The company’s mission is to bring the world together through live experiences. Eventbrite’s powerful, broad technology platform integrates components needed to seamlessly plan, promote and produce live events while reducing friction costs, increasing reach and driving ticket sales 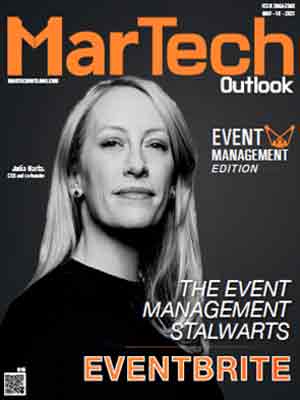